Confined Spaces: The Initial Test of the Atmosphere (Re: The Maritime Executive) 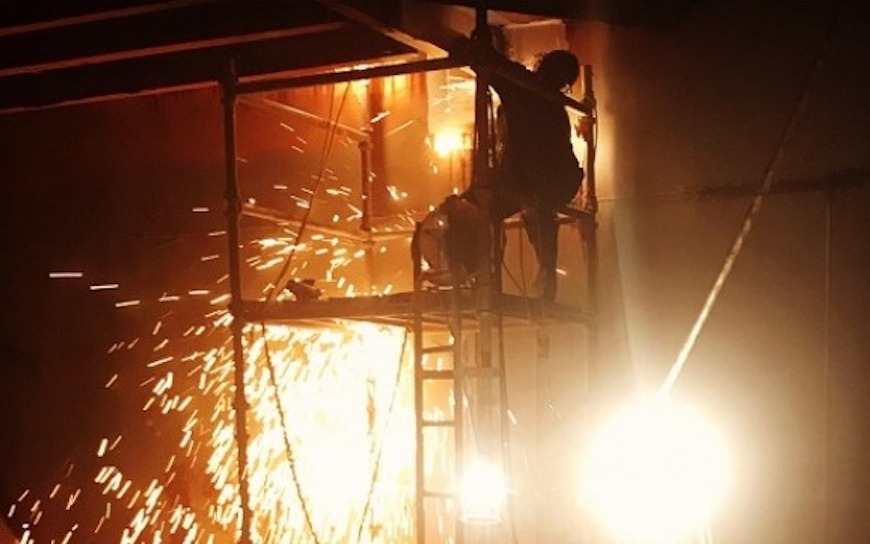 International maritime standards currently require crews sailing on vessels around the world to have an extensive amount of training and certifications which permit them to sail on board ships of all types. Lately, the industry has had its focus on the dangers and hazards of working in confined spaces on ships. Also of emphasis is the rescuing of fallen crew members within those spaces. What seems to have been overlooked are the dangers that could be induced by the shipboard officer making the initial test of the atmosphere.

On ships, the crews live and work with 20-30 persons from all different backgrounds and cultures. Keeping everyone onboard safe and healthy when it comes to working in a confined space should be a top priority to not only the senior officers, but the vessel owners as well. The limited training that officers receive in confined space hazards is shortsighted, inadequate and dangerous.

Within the shipping industry there is a misapprehension that as long as the officer making the test of the confined space gives their approval of safe entry, then most would take his or her word for it, sign the required paperwork and then enter the space. This assumes that the officer is properly trained and can competently give the “all clear” and assurance that it is safe to enter.

That is an assumption which is not based on practice or reality. The first person exposed to risk is the officer, and without adequate training they expose themselves and all subsequent entrants to the same unknown perils.

Current maritime guidelines state that when an atmosphere in a tank contains 19.5 to 22.0 percent oxygen it can be entered. A ship’s officer with inadequate training could test a space with a reading of 19.8 percent oxygen in the space and he or she could very well extrapolate that the space is safe, and allow employees to enter the tank.

On the other hand a trained officer on confined space entry and the use of multi-gas meters would infer this lower percent of oxygen is a sign of some irregularity taking place in the tank. Coating breakdown exposing the metal substrate within the tank is one of the most common occurrences within a tank onboard a ship. This situation allows for the formation of iron oxide commonly known as rust to form. This chemical reaction can deplete oxygen inside the space and also occasionally increase the levels of hydrogen as a byproduct. Hydrogen can be very explosive at certain concentrations.

For these reasons it is imperative that the officer making the test has the training to understand what the meter is telling him or her about the space. It bears noting that personnel onboard must not only be familiar with the common toxic vapors such as carbon monoxide or hydrogen sulfide found in confined spaces but also know what else could be lingering in the space left over from carrying prior substances.

The gas detection meter can only detect a finite amount of substances at which time the use of Draeger tubes must be employed. Those officers that are authorized to test and certify confined spaces for entry by their crew must have a full and comprehensive understanding of the limitations of the gas detection equipment onboard. In addition, they must be aware of what the meter can measure, and what are the permissible levels allowed for entry by personnel.

The obligations of the tank tester do not just end at the entrance to the space. It is pivotal that after reading industry acceptable values on the meter from outside the space the tester must make entry with the meter to establish a complete sample of the space. The entry provides an opportunity for the officer to confirm that no physical hazards exist within the space.

Within the last couple of years, the international industry regulators have called for more confined space awareness for crews onboard ships. Vessel staff are now required to participate in confined space rescue drills, and vessels must have the appropriate gas detection equipment onboard. The amount of training seafarers are required to complete onboard and while at home on their off time to maintain their credentials is growing by the year. The addition of yet another required course or certification for those onboard could be discouraging.

Nonetheless, it is only prudent that we in the industry must push for further training for those officers that are on site checking confined spaces. The idea that those onboard tasked with authorizing entry into confined spaces be trained by a qualified organization following a strict set of standard guidelines must be promoted to the international regulators.

In the U.S., a marine chemist or industrial hygienist is a perfect example of an industry professional that can assist developing the education of the officers onboard. The shoreside vessel staff could also benefit from such an awareness.

Unfortunately, much of the worlds fleet and shipowners do not have the luxury or comfort of obtaining a U.S. based gas chemist or equivalent on short notice or out at sea. It is the crew and officers onboard that are the first line of defense in preventing a confined space accident.

Specific rules for this training must be set forth by the IMO within the convention of the Standards for Training, Certification and Watchkeeping for Seafarers (STCW). Having the training fall under the umbrella of STCW, will create a compulsory requirement for vessel owners to ensure certain personnel onboard have been sufficiently trained. The shipping industry along with its seafarers can only benefit from having a deeper understanding and appreciation for the act of testing a confined space’s atmosphere properly.

When health and safety are at issue, we must be proactive not post-accident active. The cost implications are minimal compared with the costs of litigation and compensation following accidents resulting in injury or death.