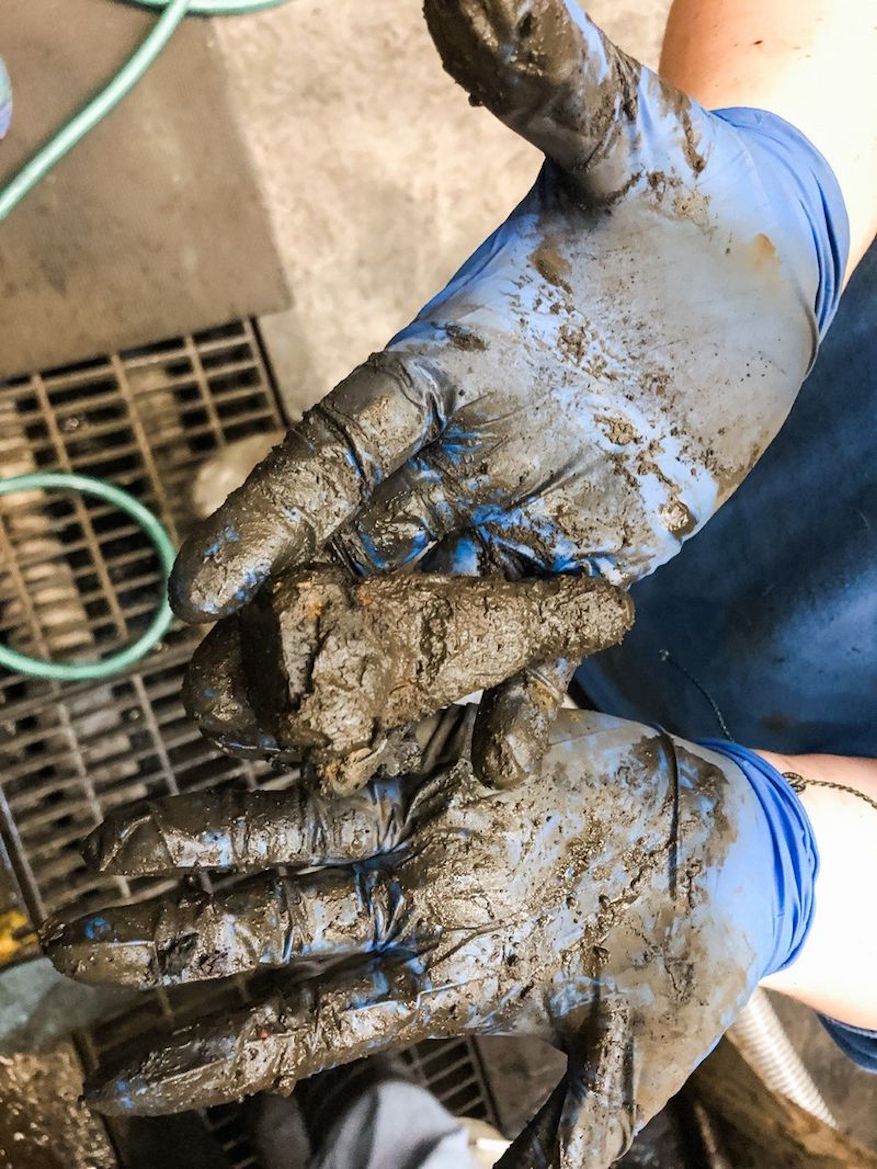 Conservationists from the Mariners’ Museum bored two massive guns from the ironclad USS Monitor, the largest ever undertaking of its kind. Their work cleared the guns, an important conservation step, and also uncovered one new artifact — an intact square bolt. – Original Source: The Mariners’ Museum(Courtesy of Jenna Dill / HANDOUT)

A long day at the Mariners’ Museum uncovered an artifact from inside of one of the two massive Dahlgren guns that sank with the famed ironclad USS Monitor more than a century-and-a-half ago.

Tuesday, a team of conservationists at the museum took a custom drill to the inside of the massive cannon. A week before, they took that drill to the gun’s identical twin.

The first objective of the boring was to clean out the concretions that built up inside the guns in their time on the ocean floor, allowing for the next important step of the conservation of the historic weapons. The second was to see if anything of interest ended up in the barrels.

Jenna Dill, a spokeswoman for the museum, said the second day of boring presented more challenges with the alignment of the drill and some stubborn concretions. But it yielded one item of interest — a square bolt with a fully intact head.

Normally, it would be corroded, Dill said. At this point, staff doesn’t know anything else about the bolt.
The completion of boring also put to rest a tale made famous by a sailor on board the Monitor on its last day afloat.

Francis Butts wrote that as the Monitor was going down, he stuffed his coat and boots into one of the guns and a black cat into the other. There is no other evidence to support that account, and the museum has never found any signs of a coat or boots, let alone a cat.

The broken up concretions didn’t turn up any feline remains, Dill said.

The Union ironclad became famous when it faced off against the Confederacy’s CSS Virginia in March 1982, just a few miles from the Mariners’ Museum’s location. The two ships ushered in a new era of naval technology, but the Monitor, sporting a rotating turret that housed the two Dahlgren guns, sank in a storm just a few months later.

The guns are each 11 feet long and eight tons with a bore about 11 inches across. No gun of this size had ever been bored until the Mariners’ Museum team made use of a custom drill.

The process was dirty and slow-going — each day of boring went from early in the morning to late in the evening. As the drill plunged into the guns, a deluge of black water shot out to stain the floor of the workshop and faces and clothes of the conservation team. 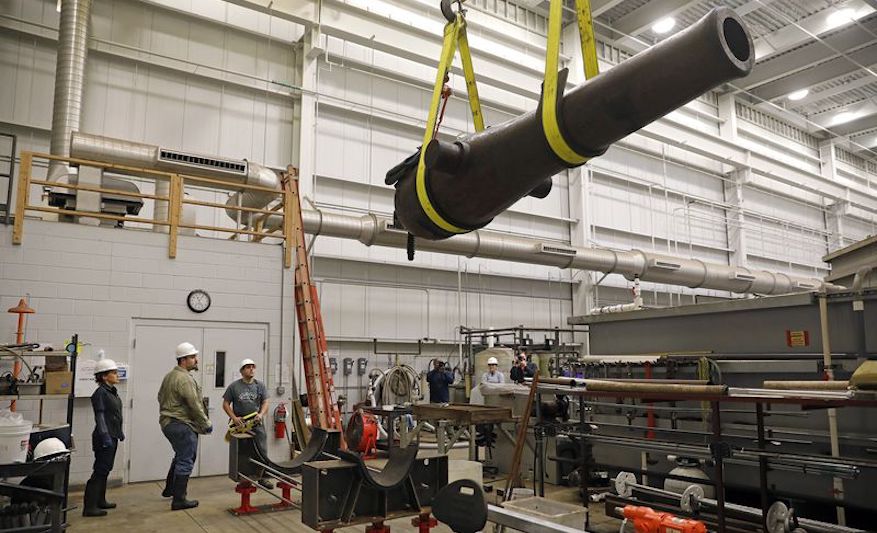 Mariners’ Museum staff continue work conserving USS Monitor’s guns
Mariners’ Museum conservation staff watch as one of the USS Monitor’s Dahlgren guns is hoisted out of a tank Tuesday February 25, 2020. The conservators cleared out the gun’s barrel using a custom made boring machine and the event marked a key step toward displaying the artifact. (Jonathon Gruenke/Daily Press)

Emptying the guns is a major step toward putting them on display. The guns were pulled from the Atlantic off the coast of North Carolina along with the Monitor turret, hundreds of artifacts from the ship and the remains of two sailors.

The guns have long sat in a chemical bath that extracts the ocean salts that soaked into the cast iron of the guns, making the metal fragile and prone to further damage. That process, however, may not have been working on the inside of the guns because of the concretions clogging the barrels. Now that the drill has those cleared, the museum conservationists can see what treatment is necessary for the interiors of the guns.