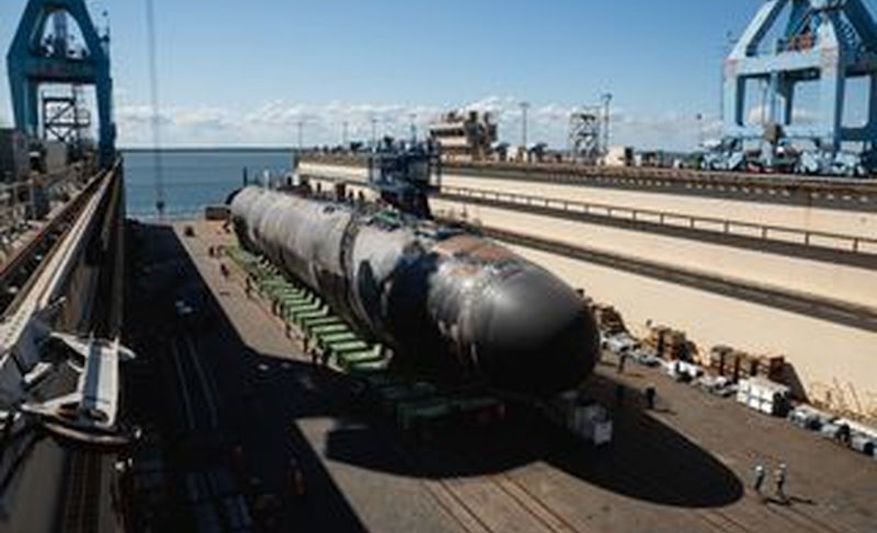 Moving 7,800 tons of Virginia-class attack submarine from the cavernous building where some 10,000 Newport News Shipbuilding workers assembled Montana to the drydock from which it will be launched into the James River is a slow, stately business.

Last week, it took three days to lift Montana from its keel blocks, move it onto some 56 transfer cars — think heavy-duty railroad bogies, the sets of wheel that usually come just two per box car — and carry it 960 feet from the yard’s construction facility to a floating drydock.

It all moved about 4 feet a minute.

Its arrival in the drydock means work on Montana is about 85% complete.

“It signifies that the submarine is prepared to start the next and final stage of its construction before going to sea,” said Jason Ward, Newport News’ vice president of Virginia-class submarine construction.

That work will focus on the submarine’s exterior as well as the final tweaks and refinements to the Montana’s systems, to make sure it is ready to float off.

That float-off is set for next month. At that point, tugs will move Montana to a pier to begin several months of shipbuilders will perform exterior work and finalize system grooming.

Once launched, Montana will be moved by tugboats to a shipyard pier for several months of testing and certification of its crew, the last step in a long process that started in 2015 and that is aiming for delivery to the Navy next year.

Montana is the 21st submarine of the Virginia class, the attack submarines that are built in an unusual teaming agreement between the Newport News Shipbuilding and General Dynamics Electric Boat of Groton, Conn. The two yards each build pieces of the submarine, then take turns in final assembly and delivery to the Navy.