Amazon Invests in Cleaner Fuel for Shipping (Re: The Maritime Executive) 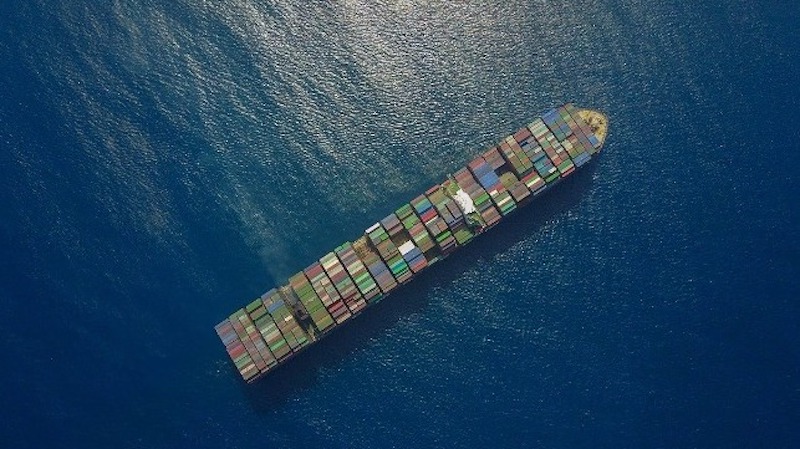 Like other electro fuel ventures, Infinium seeks to produce high-energy-density products that are compatible with existing diesel engines and jet turbines. Its process takes a captured stream of CO2 from an industrial source – which today would be emitted directly into the atmosphere – and recombines it with green hydrogen in a chemical reaction to produce a liquid hydrocarbon fuel. This product could be burned in the same way as any standard refined petroleum product, like bunker fuel or over-the-road diesel, generating energy and releasing the captured CO2.

When the hydrogen used in this process is generated using renewable electricity sources like solar or wind, the process results in a net reduction in CO2 emissions, as the synthetic fuel product displaces the use of petroleum. The big benefit: according to Infinium, these fuels may be used in existing plane, ship and truck fleets without any infrastructure changes, so a move towards decarbonization could happen right away.  However, unlike green ammonia or liquid hydrogen, electrofuels are not strictly a zero-carbon energy storage option: the industrial CO2 emissions captured at the start are not permanently stored, and they still reach the atmosphere after a period in the fuel tank, according to Transport & Environment.

Amazon has a significant stake in transport decarbonization, and it has set up a $2 billion fund to help it pursue a goal of net-zero emissions by 2040. “Infinium’s electrofuels solution has real potential to help decarbonize transport that carries heavier loads and travels long distances, including air and freight, as well as heavy trucks,” said Kara Hurst, vice president of worldwide sustainability at Amazon.

“We’re thrilled to be working with Amazon and MHI to demonstrate the commercial impact of our technology,” said Robert Schuetzle, CEO of Infinium. “[This round] is a huge vote of confidence for the promise of electrofuels and our technology’s ability to scale in order to meet today’s urgent climate challenges. We expect that current projects under development will be the first broad-scale utilization of electrofuels by commercial vehicles, harmonizing hydrogen utilization and waste carbon capture.”