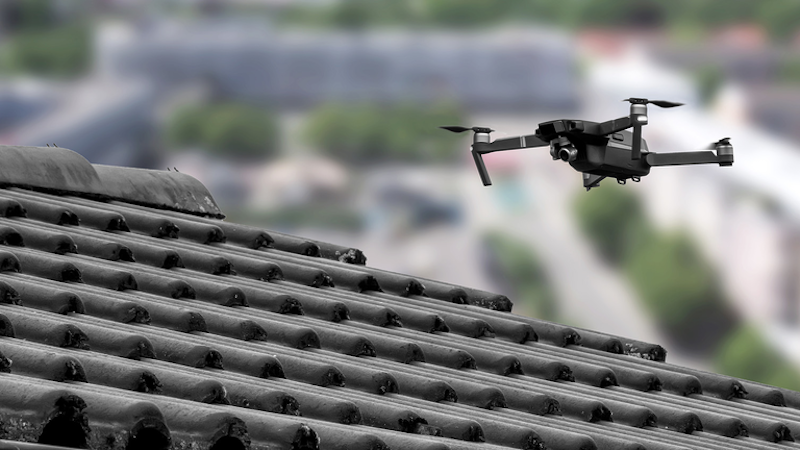 New FAA rule makes it easier for inspectors to fly drones over people.

According to attorneys for the Seyfarth Shaw law firm, this new rule could lead the Occupational Safety and Health Administration (OSHA) to push for the increased use of drones in worksite inspections.
OSHA inspections must adhere to what is called the “plain sight rule.” That means anything the compliance officer lawfully observes during the inspection can be the basis of a citation. As you might well expect, the scope of what is in plain sight expands considerably when drones are used by inspectors.

However, agency policy also bans compliance officers from exposing themselves to hazards during inspections, which for example often means limiting their ability to climb ladders and otherwise observe conditions on towers or hard-to-reach places.

In recent years, OSHA has sought to get around those limitations by photographing and videoing worksites with airborne drones, also called Unmanned Aircraft Systems (UAS). OSHA’s enforcement policy concerning the use of UASs in inspections currently requires the agency’s inspectors to obtain express consent from the employer prior to using a drone, the attorneys note.

One dilemma for the employer is whether the inspectors will then make the decision to widen the scope of the investigation if an employer won’t allow the use of drones. If an employer does choose to allow OSHA the use of drones during an inspection, attorneys recommend getting involved from the outset in the development of the flight plan and attempt to get copies of any data that is collected.

As of now, no regulation has been written compelling employers to allow the use of drones, and many employers choose not to allow them, citing safety hazards of drones falling on employees and other individuals near the worksite.

Two years ago when OSHA began exploring the use of drones in inspections as a regular enforcement tool, it approached the FAA about obtaining blanket authority to do so, which it apparently has not yet obtained. Prior to 2018, OSHA most frequently deployed drones following accidents at worksites that had been considered too dangerous for OSHA inspectors to enter, included an oil drilling rig fire, a building collapse, a combustible dust blast, an accident on a television tower, and a chemical plant explosion.

The FAA’s new final rule amends its regulations to “expand the ability to conduct operations over people, provided that the operation meets the requirements of one of four operational categories” described in a newly established standard. The agency described the change as “the next step in the FAA’s incremental approach to integrating UAS into the national airspace system.”

Because the FAA’s new rule expands the circumstances under which drones can operate without a waiver or exemption, it could open the door for OSHA to change its policy and use drones more freely at worksites—without employer consent—if OSHA can deploy equipment complying with one or more of the new criteria, the attorneys point out.

The two agencies also may engage in a collaborative initiative in the future to allow for even more expanded use of drones by OSHA personnel.

According to the Seyfarth Shaw lawyers, the FAA declined invitations from the National Institute for Occupational Safety and Health (NIOSH) to join it in developing a performance-based, tiered approach for operations of small unmanned aircraft near people at worksites to minimize the occupational risks or to collaborate with OSHA for now.

However, they forecast, “OSHA may seek to have a greater voice in partnering with the FAA to develop specific rules governing drone use in workplace inspections, particularly if the FAA’s ‘incremental approach’ continues to allow for more flexible drone use.”